How can the reduced heat capacity of lightweight buildings be compensated? How can we activate building facades to utilize the solar energy for cooling purposes?

How can the reduced heat capacity of lightweight buildings be compensated?
How can we activate building facades to utilize the solar energy for cooling purposes?

Lightweight buildings show an increased sensitivity to thermal oscillations due to their reduced heat capacity. This means that the room temperature reacts more sensitively to external and internal influences such as fluctuating solar irradiation or varying room usage. The problem is further worsened by temperature amplitudes increasing with climate change and particularly affects building overheating during summer season.

As a possible solution, facade-integrated adsorption systems are investigated and developed for the first time in this subproject. These systems are characterized by a high heat storage capacity combined with a low storage mass. In addition, adsorption systems can also be operated as chillers to actively provide cooling power. In contrast to conventional, passive construction materials, this allows the complete compensation of thermal loads as well as the specific provision of cooling power at desired times and with defined power rates.

The adsorption material is decisive for the suitability of closed low-pressure adsorption systems for thermal management of lightweight buildings. A promising adsorption pair is given by the adsorbent zeolite and water. The system and process are shown schematically in the figure below. The adsorber (A) is realized as an outer element of the building envelope in such a way that it can directly absorb the incident solar radiation, but also selectively dissipate heat. In a first phase, the adsorber is heated by the solar radiation so that the bound water desorbs. The released vapor flows to the condenser (C) on the side facing away from the sun, where it condenses. At the beginning of the second phase, the adsorber is shaded and the condensate is partially pumped to the evaporator (E).  As soon as the evaporator is connected to the adsorber, the adsorber adsorbs the vapor. This inevitably induces the evaporation of the water in the evaporator, which in turn cools the building interior. 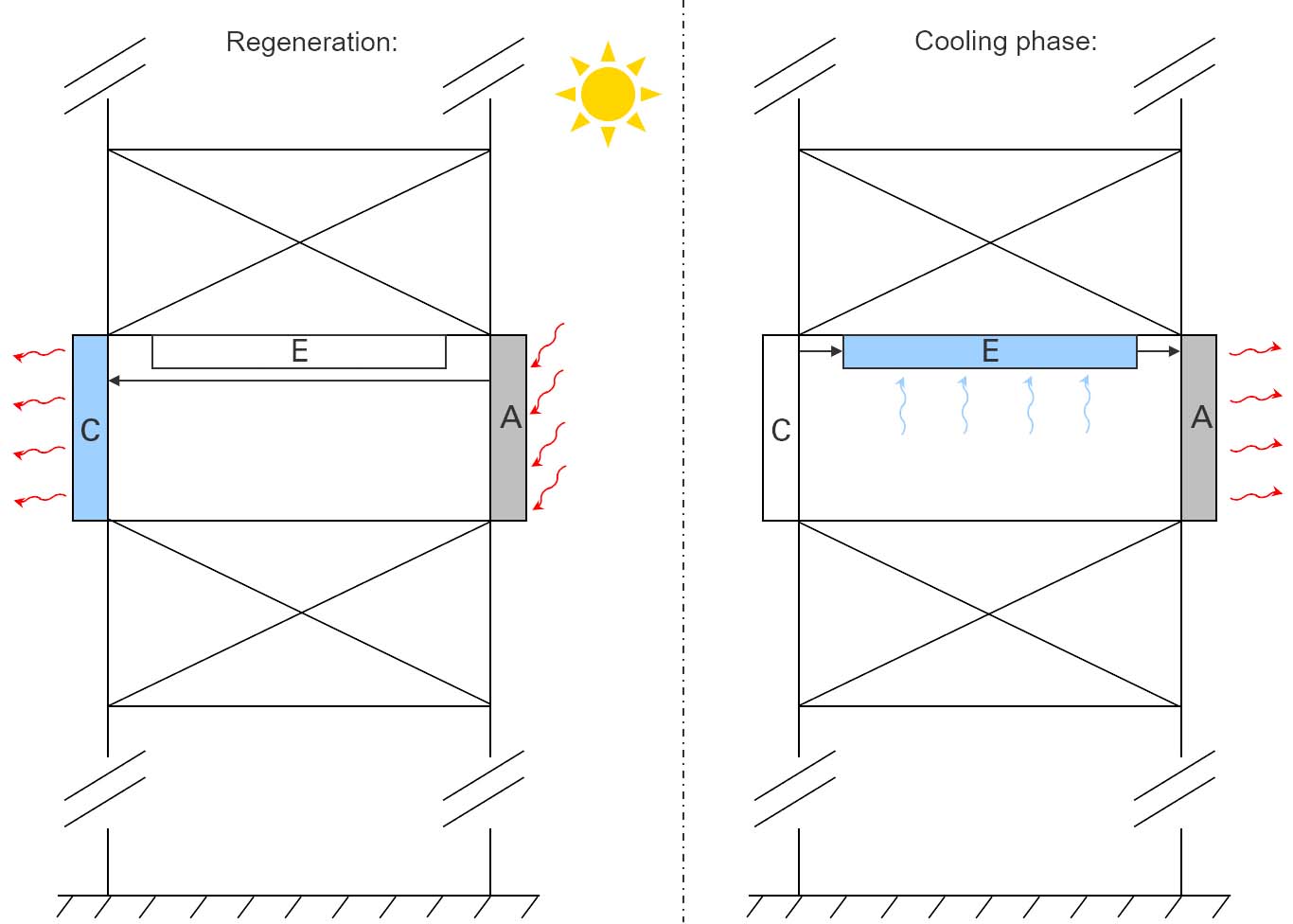 Figure 1: Scheme and function principle of the façade-integrated adsorption system

In order to finally obtain a fully functional and fully-fledged adsorption facade element, it is necessary to take into account building physics requirements as well as architectural and construction design aspects. The building physics requirements concern, among others, moisture, heat and sound insulation as well as indoor climate and comfort. With regard to architectural design, the limited color spectrum of the dark solar collector surfaces in particular poses a particular challenge regarding the acceptance of the adsorption facade element, for which solutions must be found.

In the first phase of the subproject, suitable designs for the components and their envelope surfaces are determined through modelling and simulation. Based on this, the detailed technical designs will be developed. Subsequently, through experimental investigations will be carried out, using a laboratory test chamber. In parallel to the experimental investigation, concepts for integration into building facades will be elaborated and the technical designs will be modified accordingly. The subproject will conclude with the implementation of the adsorption facade element from the laboratory test chamber on the demonstrator building.

Modelling and Simulation of the components (Olaf Böckmann, IGTE):

Precise simulation models are developed for the three main components adsorber, condenser as well as evaporator and are implemented in the software MATLAB. With these models, the physical processes, in particular heat and mass transport, are analyzed and the cooling rates are determined. At first, a reference case is studied and depending on the control strategy cooling rates up to 80 W/m² façade area are found (see Figure 2). Furthermore, a broad parameter studied is conducted in or order to estimate the influence of different geometry variations. Based on these results, a practical and ideal best-case configuration is found and simulated, where cooling rates up to 145 W/m² façade area are found.

Figure 2: Simulated cooling rates for the reference case and to optimized best-case configuration (BC).

Modeling and simulation of the rooms and buildings (Simon Weber, IABP):

The entire system model consisting of a building, supply units, adsorber, condenser and evaporator elements as well as the control concepts are implemented in the simulation environment Modelica. Based on this, a broad parameter study is carried out and optimally designed system and component parameters are identified by means of multidimensional evaluation indicators. These form the basis for the technical design. These include the shape, orientation and location of the building and facade elements as well as system integration concepts. Information on cold air downdraughts and condensation risk obtained from the room simulation is also taken into account in the technical design. 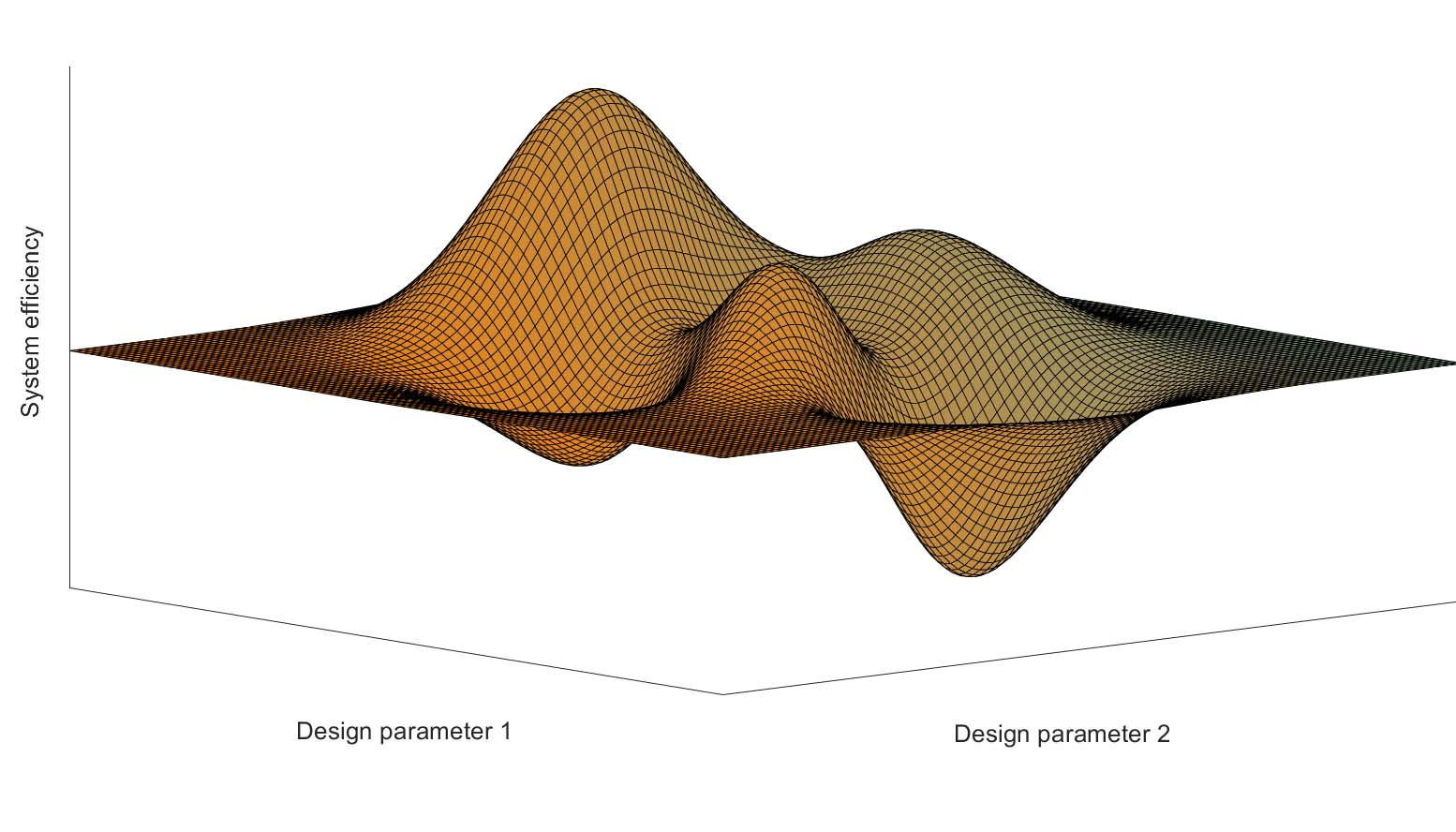 Figure 3: Multivariable parameter variation for optimal system design with regard to the system efficiency objective.

Because of the special features of the adsorption process, we are developing a new type of collector. Compared to the flat-plate collector, this not only has the property of absorbing solar energy, also of emitting heat to the environment depending on the phase. This fundamentally new functional development also enables the development of new design variants. We are exploring the limits of functionality, lightweight constructions, resources, sustainability and aesthetics. The aim is to provide planners and architects with orientation for integrating the system into their own façade projects. In the course of the research, extensive solar simulations and experiments with different structures will take place. In the further course, these different envelope surfaces will be integrated into the demonstration high-rise building in terms of construction and design. 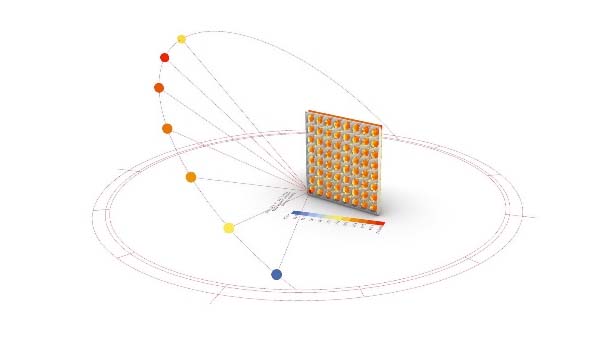 Figure 4: Simulation of the shading of the solar collector surface.

To the top of the page